Arjan is a frontend engineer based in Vancouver, Canada.

Bring to the table win-win survival strategies to ensure proactive domination. At the end of the day, going forward, a new normal that has evolved from generation X is on the runway heading towards a streamlined cloud solution. User generated content in real-time will have multiple touchpoints for offshoring.

After working in Vancouver for sometime, I felt a change was needed and I was craving a new challenge. This led me to moving to London and joining Farmdrop. The first few months were exciting, staying in airbnbs, exploring unfamiliar areas, and meeting new people. However, that quickly went to shit because of covid. The next year and half was spent working from home, which was my flat in North West London.

Upon joining Farmdrop, I was introduced to an enormous amount of tech debt in the frontend web app. It was a mixture of Ruby on Rails and outdated React. My first few months were mostly a mix of refactoring legacy Ruby into JavaScript, and eventually I was able to remove Ruby from our frontend tech stack. This increased performance on various parts of the website, as well as made our dev processes faster because we no longer had to compile or maintain Ruby code.

After paying off a lot of tech debt we were in a decent spot to build new features as well as introduce new libraries and tools to our workflow. I rebuilt the Recipes feature of the website from the ground up using TypeScript, React, and Emotion for styling. During this time we built a component library using TypeScript, React, and Emotion and slowly scaled it across multiple repos.

I joined Taloflow's tight-knit team as their first frontend engineer. Part of my role was to decide what tech to use, how to structure things, and to get an MVP up and running a.s.a.p. Like most startups, trade-offs and prioritization were key when it came to shipping on time.

With that in mind, I choose to use tech I was very familiar with like React, Styled Components, and Firebase, and some tech I'd never used but wanted to, like TypeScript. This way I could still progress quickly and keep things interesting by learning something new.

I joined Grow's team of 4 engineers while the company was still focused on a direct-to-consumer model. At the time, Grow's competition was banks and credit unions across Canada. Shortly after joining, Grow pivoted to a SaaS model, and now their competition were customers. This brought a slew of challenges to the engineering team, like making our existing product white-labeled and modular so that it could be highly scalable across all customers. As you could imagine, a lot of discussions around what to refactor to fit this new business model were had, along with what to rewrite from a blank slate and the pros and cons of each option.

The next 2 years were spent utilizing React, Redux, Styled Components, and many other great tools in the JavaScript ecosystem to build the UI that powered Grow's modular products. I also helped build out the frontend team by interviewing countless candidates and taking part in refining Grow's interview process.

Grow also didn't have any product designers, so myself and another frontend engineer designed all products and old marketing websites. This was a fun but challenging responsibilty because we had to thinking about the UX, UI, as well as code, so there was a lot of context switching, but also a lot of valuable experience wearing those different hats.

Ettrics was my first real taste of being a frontend developer on a team with backend engineers and product designers. It was at Ettrics that I started as Web Designer and ended as a Frontend Developer. The key moment during this evolution was when I picked up Angular.js and started to intract with RESTful APIs that the backend devs were building. This way of working on the frontend was totally different than the static websites I was used to building, and I loved it.

PerfectMind offered me my first real job in the industry as a Web Designer, but it wasn't quite what I had imagined. I was part of a small web team that pumped out websites from a few depressing templates that looked like they were designed in 1999. Along with outdated designs, the tech being used to build the websites was just as old. To sum it up, it was just plain old HTML and CSS.

I saw this as a great opportunity to introduce the team to things like build tools, and pre-processors to make development easier and more effective. Being able to split your HTML, and CSS into different files and then process them into a single file was pretty cool back then, and it made website development a lot easier. The team was receptive to using these new tools, so that was cool. The next thing I focused on was creating new website templates that looked more modern and up to date with what I know about design and user experience, along with adding some spice using JavaScript.

An app to keep track of feedback, schedule 1-on-1 meetings, and keep your team happy.

I’ve worked at small to medium sized startups on a wide variety of projects, including apps for some of Canada’s largest financial institutions, as well as companies in the Bay Area. As a problem solver, I strive to make a positive difference in peoples lives through the software I help design, build, and ship.

Get in touch at hello@arjanjassal.com 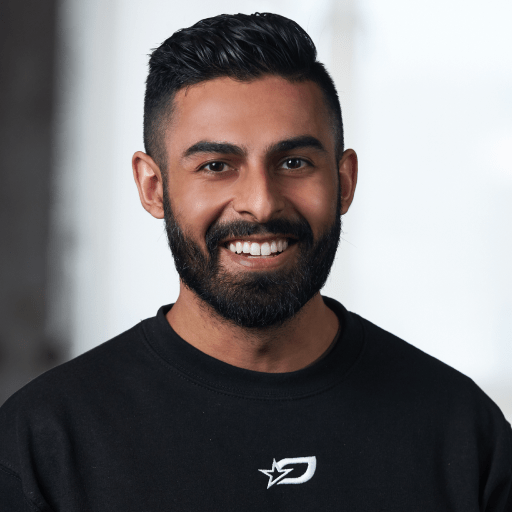